The Jets were among the most active clubs at the NEFHL deadline, giving their new coach several interesting options to work with as they aim to qualify for the playoffs.

Among those added in the final hours before the deadline was former Columbus Blue Jackets defenceman Kevin Klein. Klein is 31, and comes with an incredibly reasonable cap hit, which is the only reason the trade was possible.

He will become the Jets' second highest overall defenceman on the roster (75). His fantastic passing, puck control, defense, and scoring will come in handy down the stretch. Joining Klein in the deal is defensive stalwart Jay McClement, who should find a home as a center on the fourth line.

Going to other was is the Swiss defensive prospect Jonas Siegenthaler. The big defender was a third-round pick of the Jets in the 2015 draft, going 83 overall. In addition to Siegenthaler, the Blue Jackets also received some random Swedish throw in. 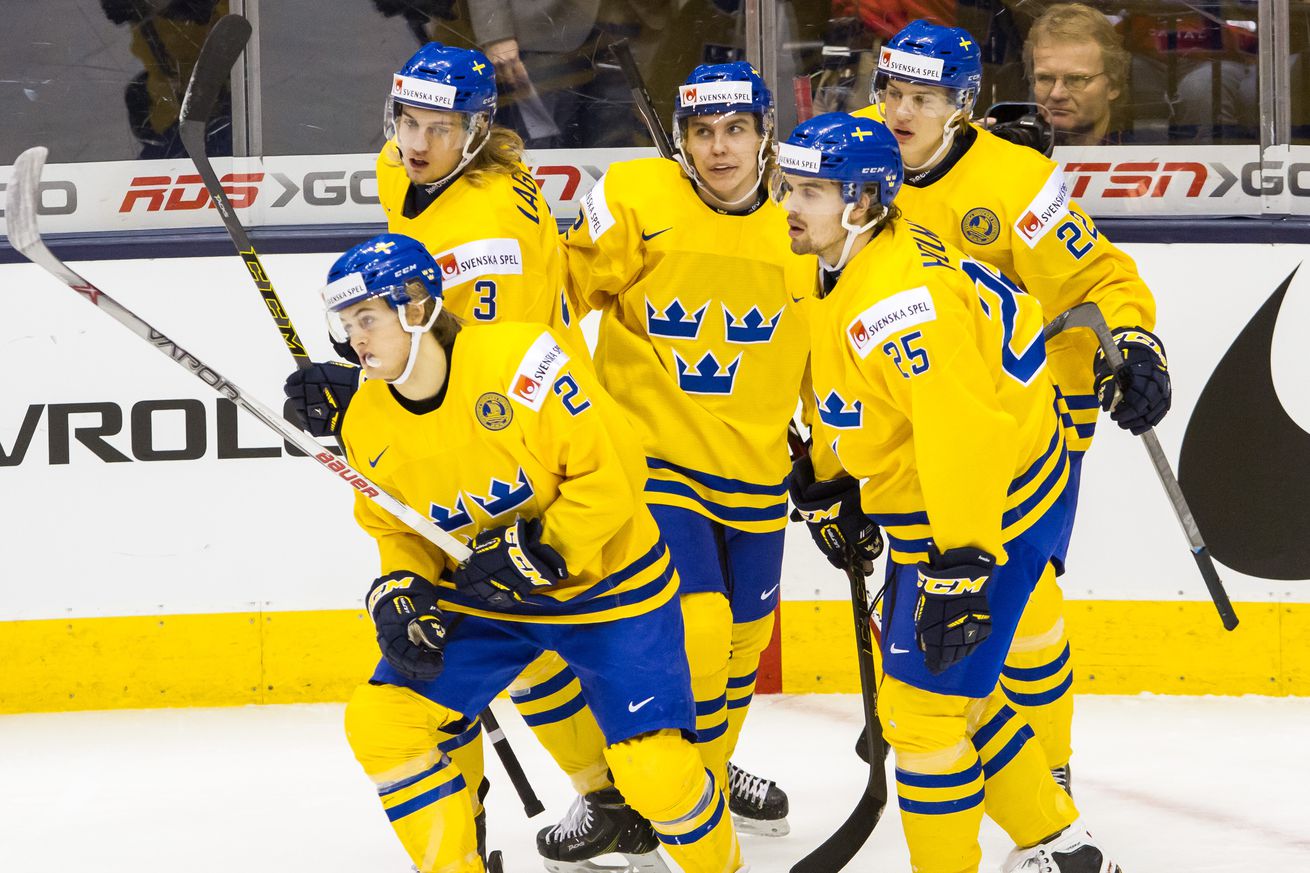 Pictured above: Some Swedish hockey players that probably look a lot like the one who was traded by the Jets

"We have high hopes for Random Swedish Throw In" said GM Gerestein. "We think he has untapped potential. He's certainly flown under the radar, however we assume that's because he's homesick and misses pickled herring, or whatever those crazy Swedes eat."

The Jets also made waves on Monday evening by sending a fifth-round pick to the New York Rangers for forward Nikolai Kulemin. Kulemin will immediately jump into the top six, and reinforce a major area of concern for the Jets. "All year we wanted to find another top six forward, and thankfully the Rangers approached us with this deal, which worked out for both clubs."

Will it be enough? Who fucking knows. But as GM Dumont noted "Nothing wagered, nothing gained. Also, fuck everyone that puts raisins in baked goods. What the hell is wrong with them. Some people's children, am I right?"

The Jets roster following the deadline